Marshall – Is a Belgian Malinois Joining Our Family

Marshall – The Belgian Malinois is a sheepdog that is sometimes mistaken for a German Shepherd. It is, however, more elegant and lighter-boned. Alert, with lots of energy, the Belgian Malinois is popular as both a police and military working dog. The smart, confident, and versatile Belgian Malinois is a world-class worker who forges an unbreakable bond with his human partner. To deny a Mal activity and the pleasure of your company is to deprive him of his very reasons for being. 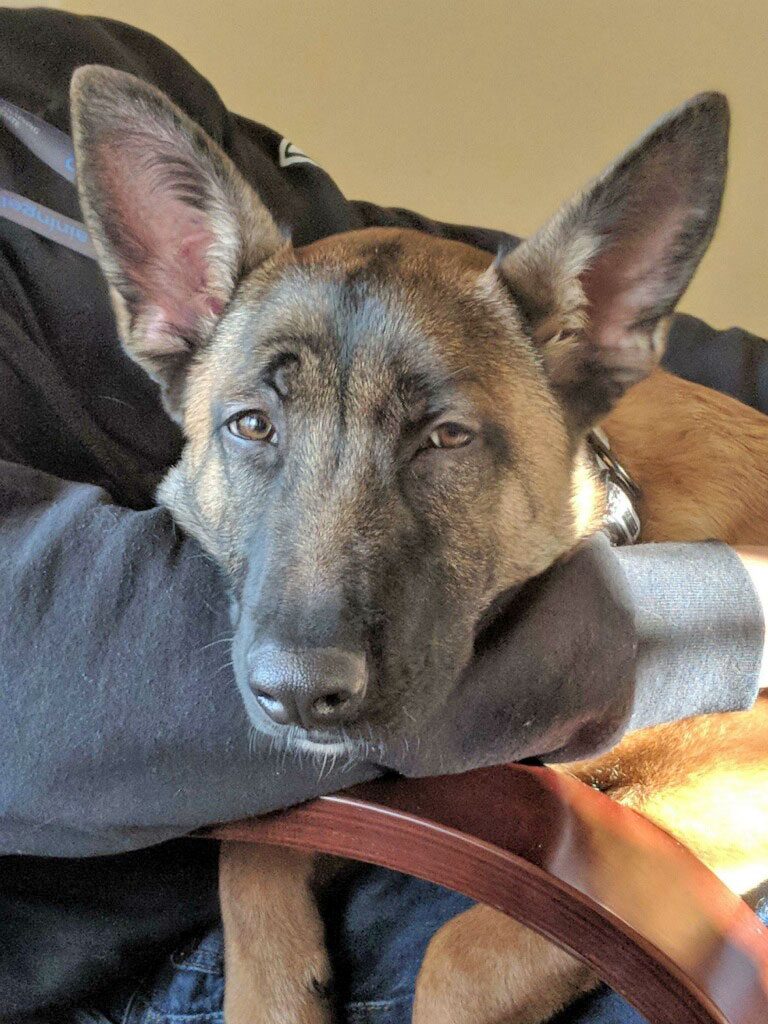 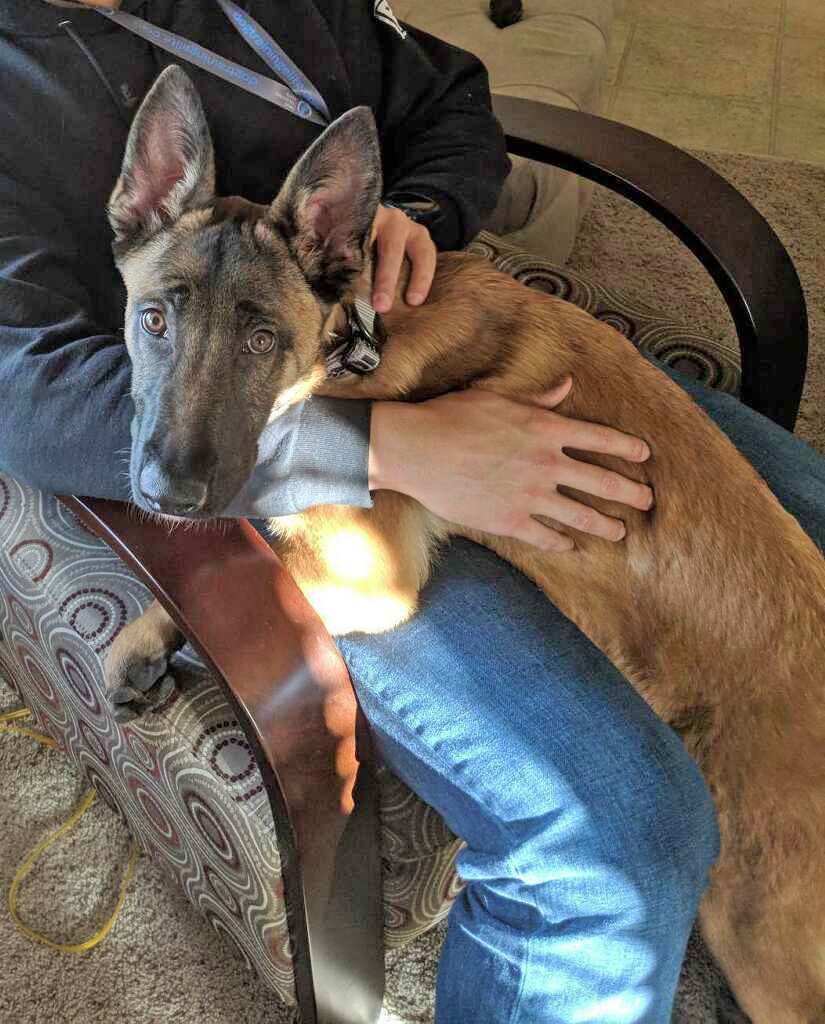 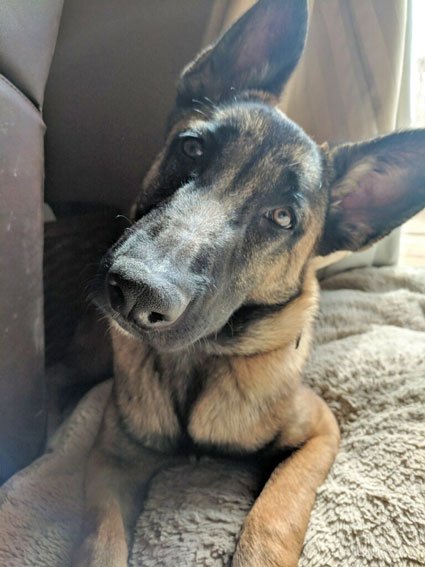 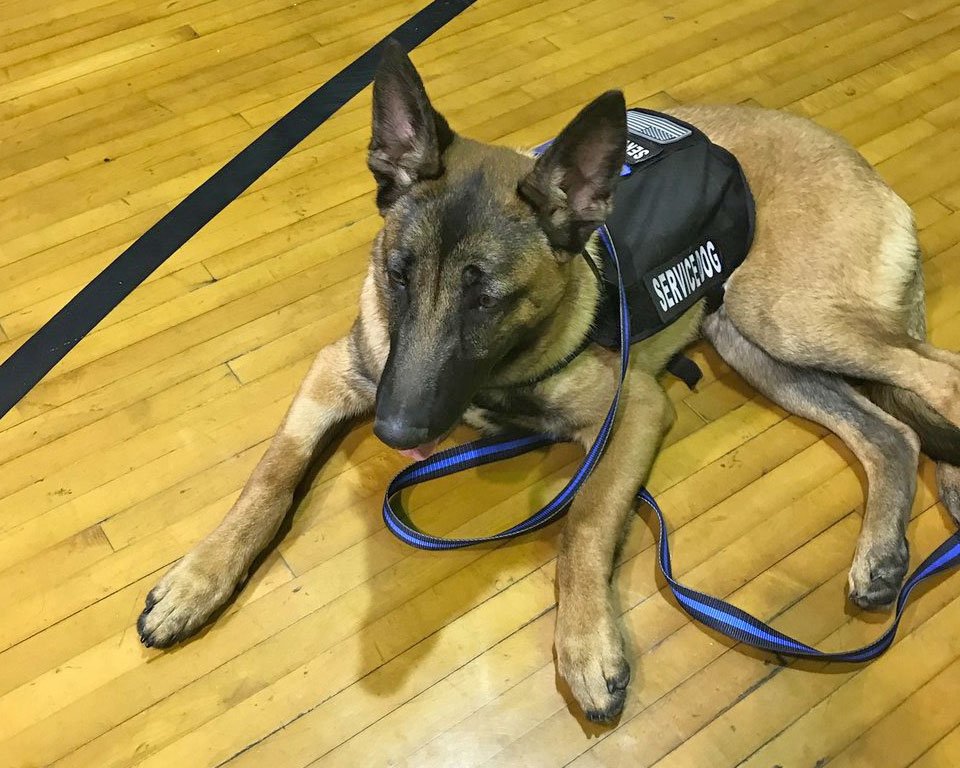 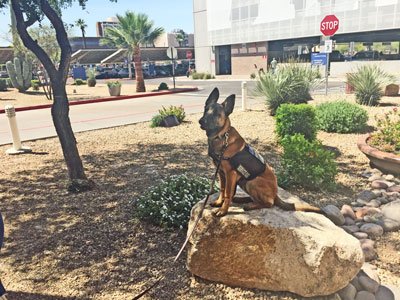 Marshall at VA performing stay on a boulder 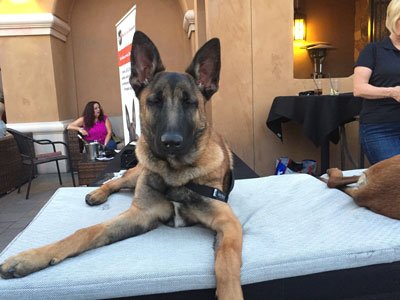 Marshall at the Malinois Fund Raiser at Casablanca 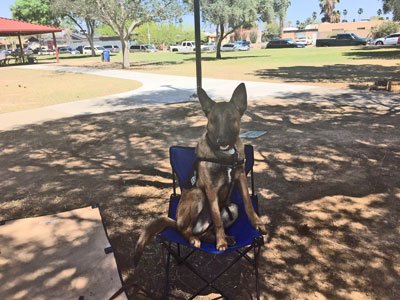 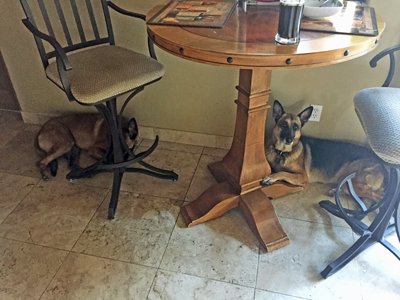 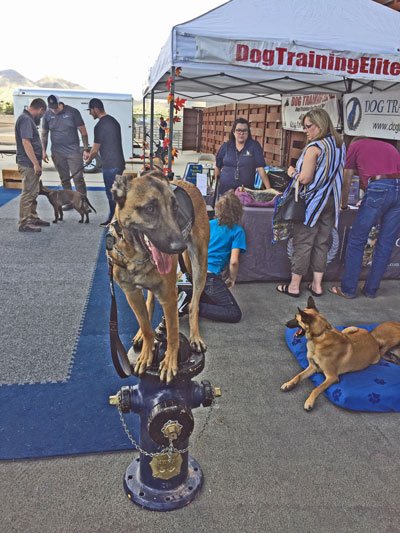 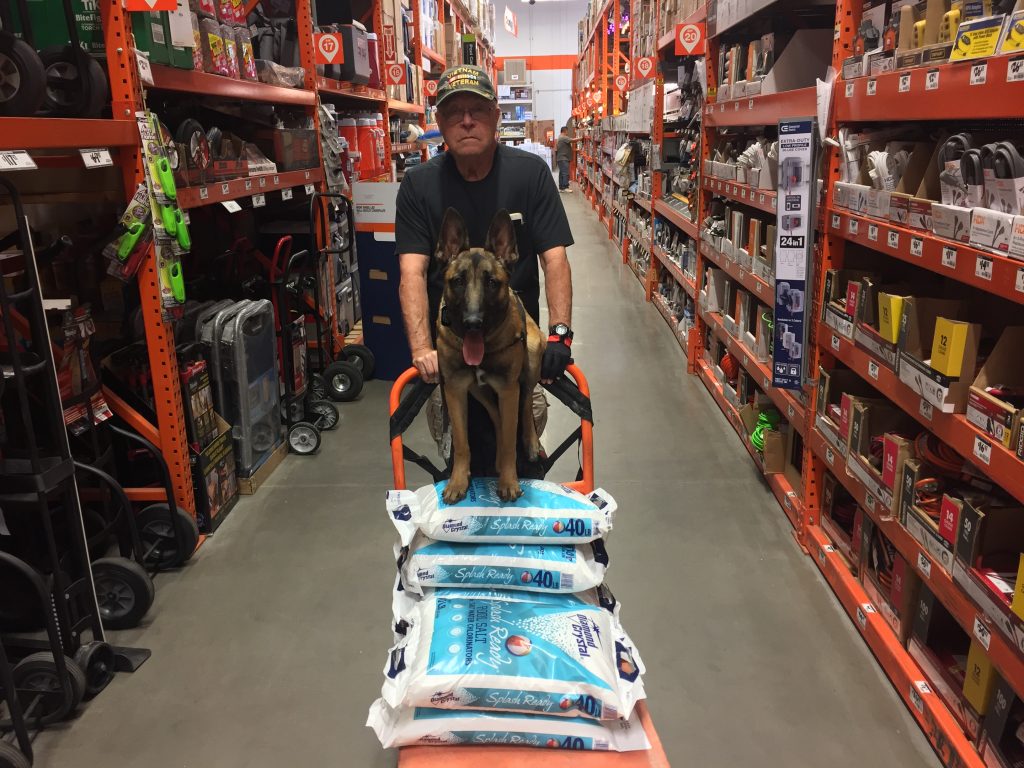 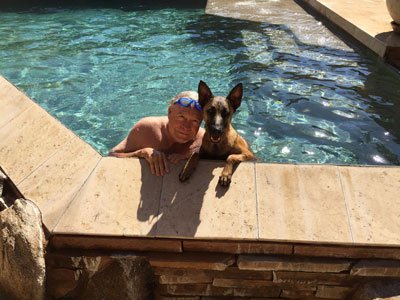 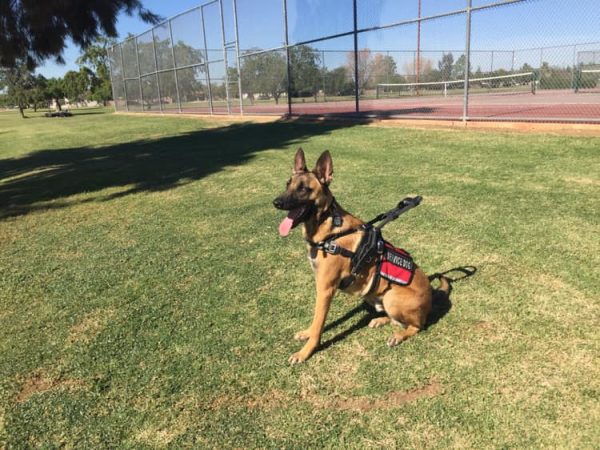 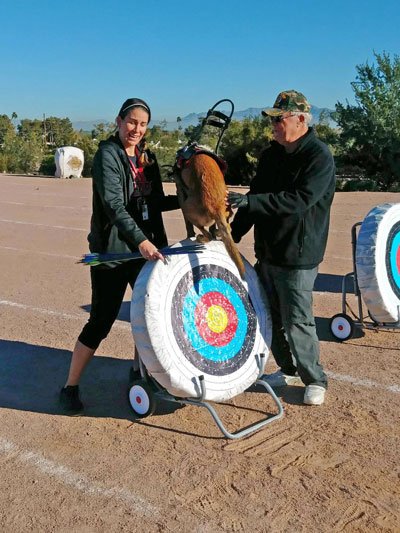 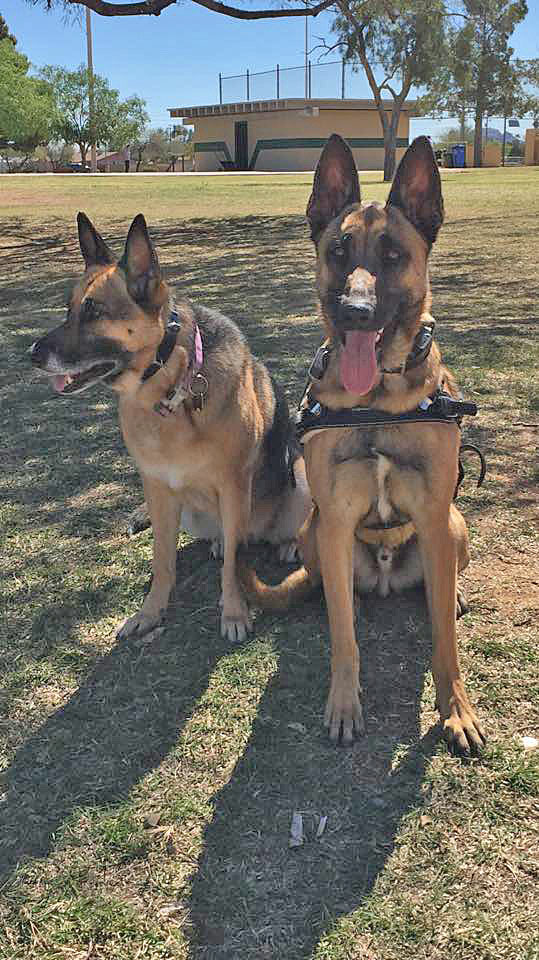 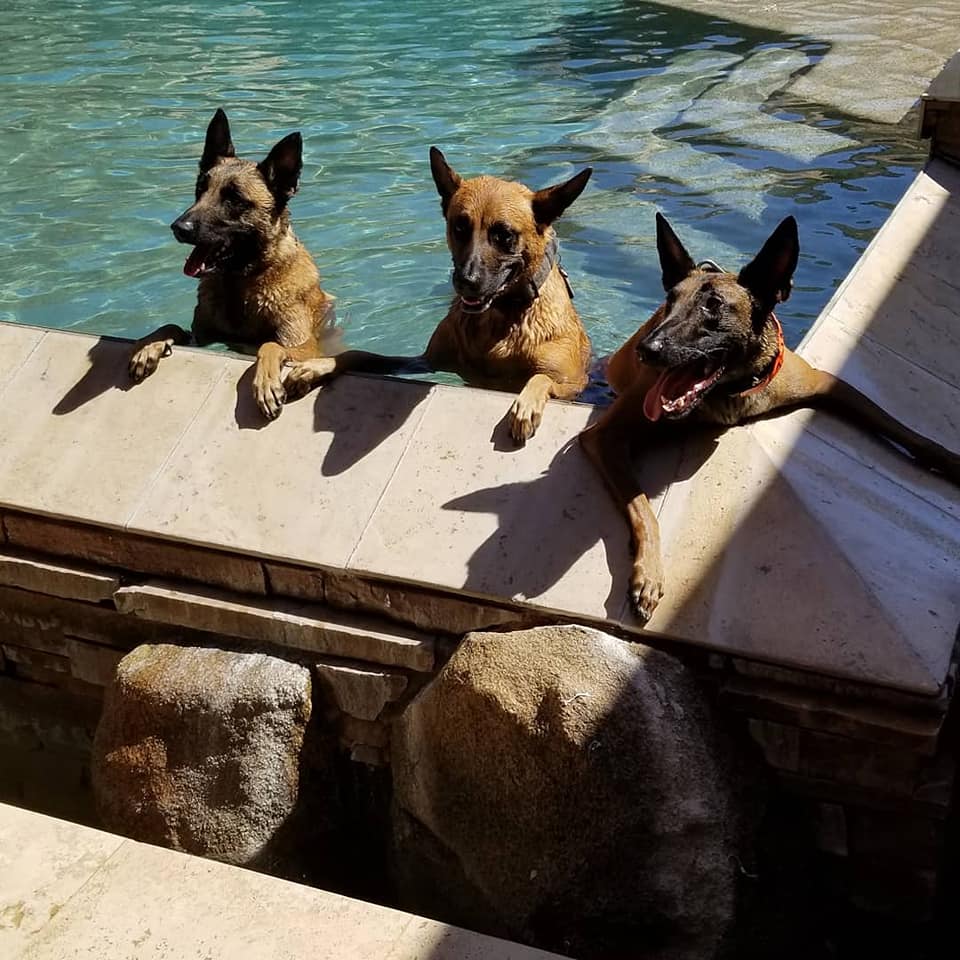 About the Belgian Malinois

Belgian Malinois are squarely built, proud, and alert herders standing 22 to 26 inches. Strong and well-muscled, but more elegant than bulky, there’s an honest, no-frills look about them, as befit dogs built to work hard for their feed. A breed hallmark is the proud carriage of the head. Coat colors range from rich fawn to mahogany. The black ears and mask accentuate bright, questioning eyes the color of dark Belgian chocolate.

If you have ever seen a Mal perform an obedience routine, you know firsthand what a smart and eager breed this is. Problems set in, though, when this people-oriented dog is underemployed and neglected. Exercise, and plenty of it, preferably side by side with their adored owner, is key to Mal happiness.

The Belgian Malinois (MAL-in-wah), first bred around the city of Malines in the northwestern region of Belgium, is one of four closely related breeds of Belgian herding dogs. In some countries, the Malinois is classified together with the Tervuren, Laekenois, and Belgian Shepherd (aka Groenendael) as a single breed collectively known as the Belgian Sheepdog. In America, the Malinois has been registered as a separate breed since 1959. He bears a passing resemblance to the German Shepherd Dog but has a different head, and is leggier and finer boned, than his better-known German counterpart.

Mals have long been acknowledged as a peerless livestock herder in their native land. They were first bred by serious dog people who were primarily concerned with producing dogs of sterling working character and who spurned passing fads and fancies of pet owners. This emphasis on performance made the Mal the go-to dog for Belgian sheepherders and cattlemen.

It was in 1911 that Mals were first brought to America. They flourished here until the outbreak of World War II put an end to the importation of European breeding stock. The breed languished in the postwar years until the early 1960s when the Mal’s admirers began the process of replenishing its American population.

Mals are still prized as herders of all kinds of stock, but their versatility and high work-drive have opened careers in many other occupations and activities. They are highly sought after as police and military K-9s. They have served with such distinction that the Fayetteville, North Carolina, memorial to military dogs features a life-size bronze of a Belgian Malinois.

The Belgian Malinois information and the history of the breed are provided by the American Kennel Club.