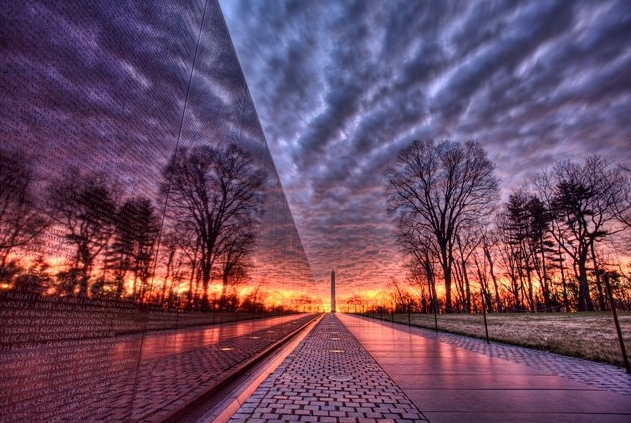 Memorial Day 2020 – Remember – The Vietnam Veteran – A veteran visiting the wall was quoted as saying, “it’s the parade we never got.” The Smithsonian Institution director has captured the thoughts of many that attended, “The Wall” drew together both those who fought and those who marched against the war and served to promote national healing a decade after the divisive conflict’s end.

Those words were well-spoken. The Vietnam veterans that I knew to include myself were reserved and introspective when it came to communicating anything on the Vietnam war or even serving. It was a way not to get caught up in the prosecution by the civilian population for having served and avoid physical altercations.

The wall served as the beginning of the release of emotions. So many Vietnam veterans had misgivings that we kept to ourselves but when we heard others make statements it released many to believe that it was not just them. (the individual) The event was huge and probably the enormity of the event will only be realized by the Vietnam veterans that are fast assembling at our last Rally Point. It is reported that we are losing 390 Vietnam Veterans per day.

The design and looks of the Wall were just a plus to the emotional healing that began after the opening of the memorial on November 13, 1982. It was one of the few times that the reported news helped the Vietnam Veteran because it spread the words captured as told by those that served during that war. As time passed, the civilian population changed their opinion of the Vietnam Veteran.

It eventually led to the Vietnam Veterans demonstrating the pride that we had in serving with our brothers and sisters that showed us so much while serving in-country.

I see the Wall as more important to the Vietnam veteran that most will ever know.

Most Vietnam Veterans cringe when they hear reports that we lost the war.

The fact is that the Vietnam Veteran was successful in their endeavors even though there were Rules of Engagements (ROE) that were detrimental to the effort and yes, were sometimes responsible for the death of our veterans.

The Vietnam Veteran won the major engagements of the war and pushed the North back on their heels.

The end of the war for the Vietnam Veterans ended in 1973 after the Paris Peace Agreement was approved on January 27, 1973.

Today, many of our Vietnam Veterans continue to fight that war by way of the residual effect of the dioxin nicknamed Agent Orange. (named because of its color) The casualties continue to climb.

There have been many wars and we still have men and women in harm’s way.

Memorial Day 2020 – Remember all the Veterans that served our country – Those that were killed, wounded, or missing in action – Remember.