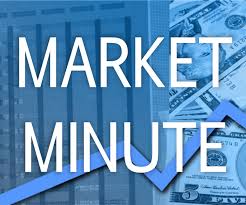 This is a snapshot of the Nationa market in time looking at the April statistics as reported. We like to call it the Market in a Minute, a fast way to get a quick summary of the market and what it means to you as a homeowner, buyer or seller of residential real estate. Our video is a fast way to get your real estate financial news.

Existing home sales fall back in March: National Association of Realtors (NAR) reported a pullback of 4.9% sales of previously-owned homes. They stated that while they did not expect to see a similar surge like the one reported in February; March fell more sharply than expected.

New home sales take a jump in March from February’s tally: The U.S. HUD and Census Bureau announced that the sale of new single-family homes for March is 4.5% more than in February and 3% from the same time last year. Lower interest rates and a demand for construction of more affordable housing seem to be boosting sales.

Mortgage interest rates continue to climb: The 30-year fixed-rate mortgage (FRM) averaged 4.20% this past week, which is up from 4.17% the week prior. While 4.20% is the highest it’s been this month, it is still more than a 30 basis points lower than it was a year ago and should bode well with buyers entering the housing market at the bloom of the spring season.

Mortgage applications decreased: The Mortgage Bankers Association reported a decline of 7.3% in the number of mortgage applications from the week prior, suggesting that while consumers seem to be a little more confident about the economy, they are still very sensitive to changes in interest rates. However, much of the decline was concentrated in refinancing, but purchase applications dipped by 4% as well.