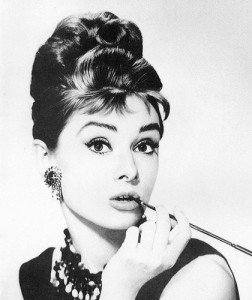 More than a decade after her demise, her name still is celebrated not just in the industry but in the whole world.

Audrey Hepburn spent most of her childhood in Europe, even in the German occupied Arnhem in World War II. Born from an Aristocratic family, Audrey started off as a ballet dancer in numerous musical theater productions before venturing into British films. Her work did not go unrecognized as Hepburn is one of the few who have won all Academy, Emmy, Grammy and Tony Awards.

As they all say, beauty is skin deep. However, with Audrey Hepburn, beauty stems right from the core. Working hand in hand with UNICEF in some of the most destitute areas in Africa, South America and Asia even until her death.

She was awarded the Presidential Medal of Freedom for her hardwork and dedication in philanthropy as a UNICEF Goodwill Ambassador. Much of her devotion to UNICEF is rooted from her war-time experiences of hunger and the great depression.

One of the greatest female screen legend in the history of American cinema, Audrey Hepburn was and still is the epitome of beauty, class and sophistication. Her legacy as an actress and a personality has endured long after her death in 1993.