Scottsdale Arizona – The 4th Best City to Live in the USA

Scottsdale Arizona – The 4th Best City to Live in the USA

Scottsdale Arizona – The 4thBest City to Live in the USA 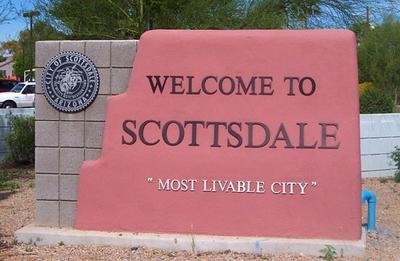 Scottsdale Arizona - The 4th Best City to Live in the USA

The article below is by Beth Duckett of the Arizona Republic. Business Week named Scottsdale the 4th best U.S. city to live in based on unemployment level, open spaces, education levels and school systems. Arizona as a state does not typically rank well on education, which is a frequent challenge with buyers coming from out of state, but check out the Scottsdale Unified School District! The SUSD is ranked #2 in the nation, second only to Irvine, California!

Scottsdale has been named the fourth best city in the nation to live by Businessweek.com, but not because of its lavish resorts or celebrity sightings. Instead, Scottsdale was recognized by the site for more fundamental quality-of-life reasons – superior schools, low unemployment and bevy of parks, in the online ranking of America’s 50 best cities released this week.

Businessweek.com analyzed 100 of the nation’s largest cities and towns, weighing qualities such as school scores, number of restaurants and educational attainment of residents. Scottsdale edged out other well-known cities, including San Francisco and Washington, D.C., to secure a spot in the top five.

“It’s an honor to be in the top five and we hope to see Scottsdale move up the list in the years to come,” said Scottsdale Mayor Jim Lane.

The top spot went to Raleigh, N.C., which was lauded for its cultural graces, good schools and sprawling park lands.

Scottsdale outperformed all but one other city on a school-related index,

The city’s score on an educational quality index was 79.74, second only to Irvine, Calif. The score was based on a combination of state standardized test scores and the annual report card known as the National Assessment of Educational Progress, said Kristan Kirsh, a spokeswoman for Greatschools.org, which provided data to Businessweek.com.

The article cited Scottsdale’s high number of park acres per person and low unemployment. The unemployment rate was listed at 6.3 percent, which was the average from January through May, according to the United States Bureau of Labor Statistics. Arizona’s most recent unemployment rate was 9.3 percent in August. “Like many other Arizona cities, the foreclosure rate is high, but Scottsdale bucks the trend with low unemployment,”Businessweek.com said. Lane said Scottsdale has invested in its quality of life and international brand. The city is working to elevate its cache through redevelopment efforts on McDowell Road and investment in new infrastructure and tourism projects.

Among Arizona municipalities, Gilbert scored well on almost everything except cultural offerings and foreclosures. The town has few bars, restaurants, museums, libraries and colleges, which set back its rating,Businessweek.com said. Chandler had some of the highest-ranked schools and a low violent crime but suffered from a high foreclosure rate, according to the ranking. Phoenix was lauded for its weather and golf courses but ranked lower due to the high foreclosure rate and a low percentage of people with bachelor’s degrees.

Data was provided by a number of sources, including the United States Census Bureau, Bloomberg, RealtyTrac and Sperling’s BestPlaces, a research firm.